The Nature of Business

The Nature of Business

Take a moment to think about the many different types of businesses you come into contact with on a typical day. As you drive to class, you may stop at a gas station that is part of a major national oil company and grab lunch from a fast-food chain such as Taco Bell or McDonald’s or the neighborhood pizza place. Need more cash? You can do your banking on a smartphone or other device via mobile apps. You don’t even have to visit the store anymore: online shopping brings the stores to you, offering everything from clothes to food, furniture, and concert tickets.

A business is an organization that strives for a profit by providing goods and services desired by its customers. Businesses meet the needs of consumers by providing medical care, autos, and countless other goods and services. Goods are tangible items manufactured by businesses, such as laptops. Services are intangible offerings of businesses that can’t be held, touched, or stored. Physicians, lawyers, hairstylists, car washes, and airlines all provide services. Businesses also serve other organizations, such as hospitals, retailers, and governments, by providing machinery, goods for resale, computers, and thousands of other items.

Thus, businesses create the goods and services that are the basis of our standard of living. The standard of living of any country is measured by the output of goods and services people can buy with the money they have. The United States has one of the highest standards of living in the world. Although several countries, such as Switzerland and Germany, have higher average wages than the United States, their standards of living aren’t higher, because prices are so much higher. As a result, the same amount of money buys less in those countries. For example, in the United States, we can buy an Extra Value Meal at McDonald’s for less than $5, while in another country, a similar meal might cost as much as $10.

Businesses play a key role in determining our quality of life by providing jobs and goods and services to society. Quality of life refers to the general level of human happiness based on such things as life expectancy, educational standards, health, sanitation, and leisure time. Building a high quality of life is a combined effort of businesses, government, and not-for-profit organizations. In 2017, Vienna, Austria, ranked highest in quality of life, followed by Zurich, Switzerland; Auckland, New Zealand; and Munich, Germany. It may come as a surprise that not one of the world’s top cities is in the United States: seven of the top 10 locations are in western Europe, two are in Australia/New Zealand, and one is in Canada. At the other end of the scale, Baghdad, Iraq, is the city scoring the lowest on the annual survey. Creating a quality of life is not without risks, however. Risk is the potential to lose time and money or otherwise not be able to accomplish an organization’s goals. Without enough blood donors, for example, the American Red Cross faces the risk of not meeting the demand for blood by victims of disaster. Businesses such as Microsoft face the risk of falling short of their revenue and profit goals. Revenue is the money a company receives by providing services or selling goods to customers. Costs are expenses for rent, salaries, supplies, transportation, and many other items that a company incurs from creating and selling goods and services. For example, some of the costs incurred by Microsoft in developing its software include expenses for salaries, facilities, and advertising. If Microsoft has money left over after it pays all costs, it has a profit. A company whose costs are greater than revenues shows a loss.

When a company such as Microsoft uses its resources intelligently, it can often increase sales, hold costs down, and earn a profit. Not all companies earn profits, but that is the risk of being in business. In U.S. business today, there is generally a direct relationship between risks and profit: the greater the risks, the greater the potential for profit (or loss). Companies that take too conservative a stance may lose out to more nimble competitors who react quickly to the changing business environment.

Take Sony, for example. The Japanese electronics giant, once a leader with its Walkman music player and Trinitron televisions, steadily lost ground—and profits—over the past two decades to other companies by not embracing new technologies such as the digital music format and flat-panel TV screens. Sony misjudged what the market wanted and stayed with proprietary technologies rather than create cross-platform options for consumers. Apple, at the time an upstart in personal music devices, quickly grabbed the lion’s share of the digital music market with its iPods and iTunes music streaming service. By 2016, Sony restructured its business portfolio and has experienced substantial success with its PlayStation 4 gaming console and original gaming content.

Like their for-profit counterparts, these groups set goals and require resources to meet those goals. However, their goals are not focused on profits. For example, a not-for-profit organization’s goal might be feeding the poor, preserving the environment, increasing attendance at the ballet, or preventing drunk driving. Not-for-profit organizations do not compete directly with one another in the same manner as, for example, Ford and Honda, but they do compete for talented employees, people’s limited volunteer time, and donations. 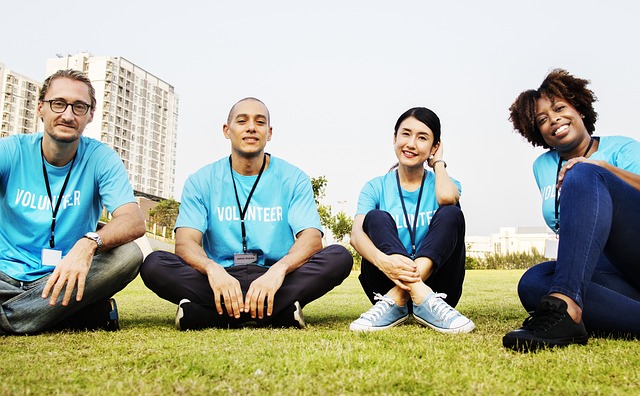 In addition to pursuing a museum’s artistic goals, for example, top executives manage the administrative and business side of the organization: human resources, finance, and legal concerns. Ticket revenues cover a fraction of the museum’s operating costs, so the director spends a great deal of time seeking major donations and memberships. Today’s museum boards of directors include both art patrons and business executives who want to see sound fiscal decision-making in a not-for-profit setting. Therefore, a museum director must walk a fine line between the institution’s artistic mission and financial policies. According to a survey by The Economist, over the next several years, major art museums will be looking for new directors, as more than a third of the current ones are approaching retirement.

Commodities that are useful inputs in their natural state are known as natural resources. They include farmland, forests, mineral and oil deposits, and water. Sometimes natural resources are simply called land, although, as you can see, the term means more than just land. Companies use natural resources in different ways. International Paper Company uses the wood pulp to make paper, and Pacific Gas & Electric Company may use water, oil, or coal to produce electricity. Today urban sprawl, pollution, and limited resources have raised questions about resource use. Conservationists, environmentalists, and government bodies are proposing laws to require land-use planning and resource conservation.

Labor, or human resources, refers to the economic contributions of people working with their minds and muscles. This input includes the talents of everyone—from a restaurant cook to a nuclear physicist—who performs the many tasks of manufacturing and selling goods and services.

The tools, machinery, equipment, and buildings used to produce goods and services and get them to the consumer are known as capital. Sometimes the term capital is also used to mean the money that buys machinery, factories, and other production and distribution facilities. However, because money itself produces nothing, it is not one of the basic inputs. Instead, it is a means of acquiring the inputs. Therefore, in this context, capital does not include money.

Entrepreneurs are the people who combine the inputs of natural resources, labor, and capital to produce goods or services with the intention of making a profit or accomplishing a not-for-profit goal. These people make the decisions that set the course for their businesses; they create products and production processes or develop services. Because they are not guaranteed a profit in return for their time and effort, they must be risk-takers. Of course, if their companies succeed, the rewards may be great.

Today, many individuals want to start their own businesses. They are attracted by the opportunity to be their own boss and reap the financial rewards of a successful firm. Many start their first business from their dorm rooms, such as Mark Zuckerberg of Facebook, or while living at home, so their cost is almost zero. Entrepreneurs include people such as Microsoft co-founder Bill Gates, who was named the richest person in the world in 2017, as well as Google founders Sergey Brin and Larry Page. Many thousands of individuals have started companies that, while remaining small, make a major contribution to the U.S. economy.

A number of outstanding managers and noted academics are beginning to emphasize the fifth factor of production—knowledge. Knowledge refers to the combined talents and skills of the workforce and has become a primary driver of economic growth. Today’s competitive environment places a premium on knowledge and learning over physical resources. Recent statistics suggest that the number of U.S. knowledge workers has doubled over the last 30 years, with an estimated 2 million knowledge job openings annually. Despite the fact that many “routine” jobs have been replaced by automation over the last decade or outsourced to other countries, technology has actually created more jobs than require knowledge and cognitive skills.